Raising a child with complex CHD is not for the faint of heart!

I love my sense of humour.  It gets me through a lot of intense times with my daughter Emily’s congenital heart defects.  Emily will be 21 years old in December 2014.  She and I have one of those complex mother-daughter relationships.  I love her, she hates me.  Ah, I know she really doesn’t hate me, at least that’s what my shrink says.  Dr. P, my shrink, said that hate is not the opposite of love.  According to Dr. P the opposite of love is indifference.  He explained that hate and love are on opposite sides of the same coin.  I still don’t know what he means, but I did get my refills.

I mention my love of my sense of humour because today I lost it and it scared the hell out of me.

Emily was born with complex heart defects that cannot be repaired.  She has Transposition of the Great Arteries (TGA)  and Tetralogy of Fallot (ToF).  TGA means her aorta and pulmonary artery are switched, in the wrong place, so oxygenated blood isn’t getting to the body.  With no oxygen, the major organs stop working, leading to death.  ToF means a narrow pulmonary artery and large ventricular septal defect (VSD) which is a large hole in the wall separating the ventricles. She also has an atrial septal defect (ASD) hole in the atrial wall (upper heart chamber).  Simple TGA is treated with a “switch” operation, putting the arteries in their proper positions.  Children usually have long excellent prognosis with the “switch”.  However, Emily could not have the “switch” because of her ToF.  Her pulmonary artery is so narrow that it’s basically useless.  Her VSD is unusual too.  Instead of one large hole, it’s more like a stringy mess.  The stringy mess and ASD saved her life at the beginning because it allowed oxygenated blood to mix with unoxygenated blood inside the heart so her body was getting about 60% oxygenated blood. Emily Clarke at Disney World in 2007

Emily had her first heart procedure when she was 3 days old.  She had a Rashkind balloon atrial septostomy.  This opened up the ASD, creating a larger hole in the upper heart chambers allowing oxygenated blood to feed her body.  When Emily was 6 weeks old she began to crash and had her first emergency heart operation called a Blalock-Taussig shunt (BT shunt).  A BT shunt is a temporary operation to direct blood flow to the lungs and relieve cyanosis (blue baby/lack of oxygen) until corrective or palliative heart surgery can be done.  The plan was to let Emily grow large enough to have her “big” heart operation, called a Rastelli. A Rastelli heart operation uses a Gore-Tex patch to direct oxygenated blood from the left ventricle to the aorta, while at the same time closing the VSD. The pulmonary valve is surgically closed and an artificial conduit and valve are constructed from the right ventricle to the pulmonary bifurcation, allowing oxygen-depleted blood to travel to the lungs for reoxygenation.  A Rastelli was booked when Emily was 18 months old.  The operation was to take about 5 hours to perform, however, after 3 hours we saw the surgeon walking towards us.

The stringy mess of her VSD couldn’t be closed.  Doctors opted to try another operation called a Fontan.  Everything I heard about a Fontan was brutal.  A Fontan is a three-stage heart operation re-routing blood flow.  The first stage is a BT shunt, which Emily already had; the second stage is a bi-directional Glenn shunt, which connects the superior vena cava (lower body view) to the pulmonary artery.  Fontan operations are usually done on single ventricle patients; however, complex TGA kids were starting to have them done.

Emily’s fenestrated Fontan was done in September 1997, and she was out of the hospital a month later.  Catheterization to close the fenestration was in January 1998, and 5 months later my family went to Disney World (where we went every year until 2010 when my kids announced they were too old for Disney - blasphemy!)  Emily was born on December 5th, also Walt Disney’s birthday. Evan was born, January 10th, Roy Disney’s birthday.  Yes, I’m a fan.

I vowed to give both my children an enchanted life.  Lots of Disney vacations, season’s passes to everything, the zoo, Canada’s Wonderland, the ROM, Science Centre, etc.   We were outside playing all the time.  We built a huge playroom in the basement.  I took a part-time job as a fitness and yoga instructor and children’s art teacher so my children could come with me to classes and participate in the kids’ programs.   Life was great for a long time.

Emily was in the 6th grade when I noticed her legs were swollen.  We took her to the doctor who advised us to go straight to the Sick Kids Hospital ER.  Emily was quickly diagnosed with protein losing enteropathy (PLE), a rare complication resulting from the Fontan.  Her body doesn’t process albumin protein well.  Treatments vary and there is no cure.  Another brutal blow!  Faced with a 50% mortality in 5 years from PLE was devastating.  Of all the potential complications from a Fontan, Emily’s four biggest obstacles are PLE, two-thirds liver failure, lung issues causing chronic coughing, and supraventricular tachycardia (SVTs) and atrial fibrillation (A-fib).  The SVTs and A-fib are cause by an irregular heart rhythm.

For the past 3 years, since 2011, Emily’s SVTs and A-fib issues have been debilitating.  An honour student in high school, Emily began attending the University of Toronto and working part-time in 2010.  When diagnosed with SVTs in 2011 (in hindsight we think she had them several years prior to diagnosis) her quality of life changed dramatically.  She had to quit her job and eventually leave university to tend to her heart issues.  She soon became depressed and anxious and started therapy.  Therapy ended after one year.  The therapist didn’t want Emily dependent on her although we believed Emily would benefit from more therapy.

Right now, Emily’s only activities are heart-related.  She has little time for anything else although she would love to work and is a brilliant writer.  She is in hospital almost weekly.  She’s 20-years old.

That enchanted life I gave my children vanished.

In recent years, I’ve dropped the ball.  The house is a mess, we haven’t been on a proper vacation since 2010 (Emily’s agoraphobia won’t allow her to go more than about 100 miles away from home, although she says she wants to travel around Canada).  I gained 100 pounds of stress weight and stopped fitness classes.  I’ve been working for a childcare company for 9 years teaching art and recreation, but recently got demoted, likely from all the time I take off to take Emily to hospital.

Today is a typical day.  I had to take the week off work because Emily had a heart procedure two days ago.  She came home yesterday but ended up in an ambulance after dinner.  Today she is home again.  I had to change her dressings from the heart procedure and she gave herself a heparin shot.

All I want now is for my children to be happy, feel positive about themselves, and to clean my house! 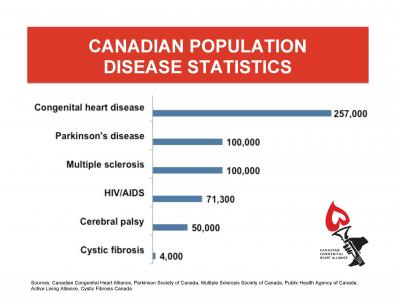 Check out how congenital heart disease stacks up against better recognized diseases in Canada! So many affected and so little awareness and funding! Get involved with CCHA, donate, and spread the word about the growing population of of "survivors" so that we can get the care and support we need to live long, healthy lives!

Sorry, there are no posts at this time. 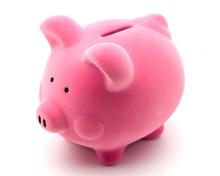